Suddenly the design community as a whole started acting like they had it all figured out again. And with that rationale, came the flood of self-appointed titles and the diminishment of the true User Experience Designer’s value."

The term User Experience or UX, as the acronym is commonly known, has become synonymous with interface design. UX is now the new black and I’ve seen countless interface designers self-brand themselves as “User Experience Designers." The truth is... most of them are not. In full disclosure, neither am I. However, I understand the power, goals and importance of the discipline. Perhaps most importantly I respect it. I respect it enough not to claim ownership of it. And quite honestly I’ve become bored sussing out the real lack of UX experience from the designers I’ve interviewed or professionally interacted with—all of them claiming to be professional “User Experience Designers.”

Designers, I ask: Do you know how to effectively run a card sort, or understand the distinctions between an open and closed process? Can you effectively run a user testing session? More importantly, can you properly disseminate results from those sessions? Do you know how to take the most useful feedback divined from a testing session and transform it into a set of directives for your product? Can you offer real solutions to the problems you discover after applying Nielson’s Heuristics to your product? Do you know how to disseminate the results from benchmark testing? That isn’t even the tip of the iceberg. UX is so much more than having a cursory understanding of basic Gestalt design principles or placing content above the fold of your page design.

Let’s face it, everyone wants a good user experience for their product, but most people aren’t willing to dedicate the required amount of time and attention that UX deserves. The reality is that most User Interface designers are only proximate to the field of user experience. We are informed by UX (or should be). We often apply best practices and at times we are guilty of leveraging canned methodologies (culled from the countless articles with titles like “5 UX principles you should be using right now!” that litter the world wide web). But none of this gives us the right to deem ourselves User Experience Designers.

The UX discipline is vast, complex and varied. Born from the academic field of HCI, User Experience is a powerful and vital tool for any product. It translates into more conversions and revenue than interface design alone ever could. UX as a discipline includes research, information architecture, strategy and so much more. User interface design is simply one component of the discipline. The sooner a designer realizes this fact, the sooner they will arrive at the conclusion they are most likely not a User Experience professional.

So why have we seen such a surge in the application of the term UX? I attribute it to the mobile landscape. Those of us who have been industry prior to the advent of smart phones and tablets were working almost exclusively on the web. Fourteen years ago, the internet began to fully come into its own. The conventions of design were starting to cement and “best practices” were rapidly cascading through the websites of every industry. The design community gradually started to shift focus on User Experience and away from rich content like Flash. Slowly, as web 2.0 moved into the foreground, things like web standards and extensible markup became a priority. User Experience Design was there to see us though it all. UX slowly began pushing the web toward better content and more effective marketing practices.

How did we get here?

What happened next always seems to occur when design conventions are set: the industry began to lose sight of the value of User Experience. That is, until mobile emerged. Suddenly, interface designers were challenged with presenting content in an entirely new paradigm. Where did we turn? What helped us best appropriate content for this new and thoroughly modern format? Yeah, you guessed it—User Experience was there to step in yet again, and suddenly the role of the User Experience Designer was paramount.

After the mobile explosion, interface designers (many of them capable of crafting inspiring and beautiful UI’s) began to appropriate the patterns and new conventions of mobile design to their products. Suddenly the design community as a whole started acting like they had it all figured out again. And with that rationale, came the flood of self-appointed titles and the diminishment of the true User Experience Designer’s value. Consider what you consider yourself professionally. Take a step back and recognize the value that a professional User Experience Designer brings to a project. Remember there is no shame in admitting that you are educating yourself about the discipline instead of claiming to be a UX designer. Most of us designers and front-end developers are autodidacts, it comes with the territory. 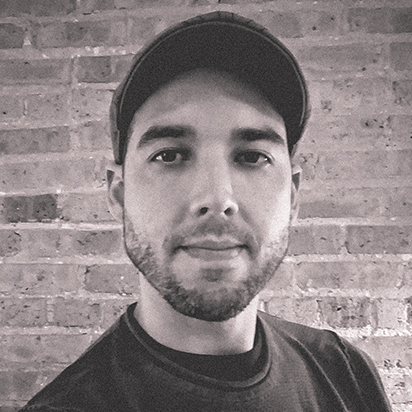 Eric designs, codes and only occasionally writes (if you've unfortunately read his work, you know why). He also never remembers that he has a twitter account.

Our logos are as thoughtful, compelling and distinct as your brand. Etecc gives you ownership over your identity.

We know mobile from interface to api. Bring value to your customers. Let us show you how.